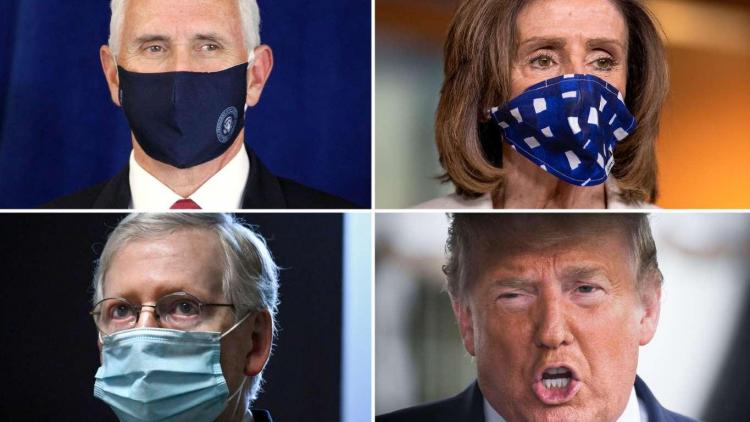 Seriously, just wear one. Almost any mask will do, really. N95, surgical, spandex, homespun cotton. For people who aren’t front-line health care workers, what matters is whatever you can get your hands on that fits over your nose and mouth.
As the nation plunges for a second time into the depths of this brutal pandemic, officials worry we’ll soon have as many as 100,000 new cases every day. Summer won’t save us. Neither will bluster or bleach.
It’s easy to want to give up, but it would be wrong. Wearing a mask is not only simple and cheap, it’s also proved to be effective in slowing the virus’s spread. It will protect the health and even save the lives of your loved ones, your neighbors and people you don’t know.This isn’t hard. If the lower half of your face is not covered when you go out in public, stop searching for excuses and go mask up.
Think about it as good hygiene and common courtesy. Would you sneeze into your hand and then not wipe it off before shaking the hand of person standing next to you? Of course not. So why wouldn’t you wear a mask?
Or think about it as the best path to economic recovery. If all Americans were required to wear masks in public, we could reduce the number of daily cases to a level that would otherwise require lockdowns that would slash nearly 5 percent, or $1 trillion, from the nation’s gross domestic product, according to an analysis released this week by Goldman,Or, if you like, think about it as a gesture of patriotism as we mark a stark and somber Independence Day.
But please, just don’t think about it as so many Republicans do. “Mask-wearing has become a totem, a secular religious symbol,” Alex Castellanos, a longtime Republican strategist, told The Washington Post. “Christians wear crosses, Muslims wear a hijab, and members of the Church of Secular Science bow to the Gods of Data by wearing a mask as their symbol, demonstrating that they are the elite; smarter, more rational, and morally superior to everyone else.”
This is a bizarre way to talk about people who are guided by facts, science and reason. It’s not about making a political point or asserting moral superiority; it’s about saving lives and protecting one another — which should be a basic element of citizenship in any democracy. And yet, like so many seemingly nonpolitical topics, donning a mask has become partisanized to the point that people are brawling in supermarkets over their right to infect others. “It’s a free country; I can do what I want” sounds charming when it comes from a child. It can be far worse when it is shouted from the mouth of a possibly infected adult. It’s a strange sort of freedom that includes exposing other people to a potentially deadly virus. What’s to resist about showing respect to your fellow Americans? Why turn a straightforward public health issue into a political one? The virus doesn’t care whether you’re a Republican or a Democrat. It ravaged blue states in the spring, and now it’s plowing through red ones. All it cares about are finding open mouths and nostrils.
The White House continues to deny that it has any responsibility to lead in this effort. On Thursday, Kellyanne Conway, one of Mr. Trump’s top aides, said: “People are not wearing masks. And I don’t think they’re not wearing masks because the president of the United States is not wearing a mask. They’re not wearing a mask because nobody’s saying put the mask on.”
And all this time we thought the presidency was a bully pulpit. Alas, the leader of the free world still refuses to cover his face in public, although he did claim he was “all for masks” earlier this week.